Recently, a friend of mine whom I’ve always known to be optimistic and full of life—invariably ready for the next adventure–told me he was feeling out of sorts; that he was feeling “blah” and kind of “down.” Even though we’ve spent a great deal of time together I’ve never known him to be like this. When I asked what he thought was the cause of this state, he replied that he didn’t know, that he hadn’t really ever felt like this. I asked 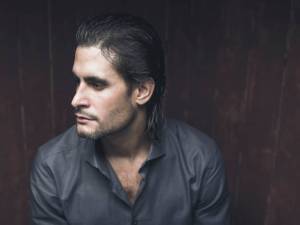 him a number of questions hoping to elicit enough answers so I could get an understanding of what he was experiencing. What it came down to was that he was losing interest in the activities that had always been a source of pleasure for him–that he wasn’t feeling much joy or happiness. But he assured me he wasn’t depressed. After a few more minutes of conversation it became apparent what was ailing him: he was experiencing malaise, the cause of which was probably his weariness from being constantly busy and not taking time for a little solitude and rest.

Do I know that feeling! For more years than I wish to remember I was afflicted with melancholia and ennui. I had romanticized them as being the result of my sensitive nature–that they were one of the hazards of living the life of an artist. However, what often happened, is that if I indulged in these emotional states long enough, they led to depression.

Sometimes life gets us down and we’re overwhelmed by the very thought of having to go out into the world. Performing even the simplest of tasks is just too much to even contemplate. It’s just easier to stay at home and hope that the melancholia will lift. I once heard a 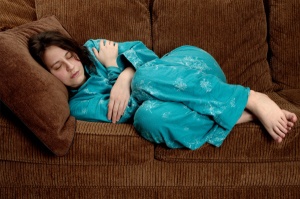 young woman talking about how for years she’d had trouble getting dressed in the morning and would often spend much of the day on her couch rather than getting out and doing what she needed to do in order to live. She then said, “I know this might sound simplistic, but what I had to do to get up off the couch and dressed was to say out loud, ‘Up and out!’” She then went on to explain how it was like a mantra that she repeated over and over in order to hoist herself up, walk to the bedroom, find some clothes, go to the bathroom, put on makeup, get dressed, find her purse and walk out the door. “Up and out!” “Up and out!” “Up and out!”

I certainly could relate to that. To this day I can still find myself on a metaphorical couch, unable to do what I know I need to do in order to get on with my life! I’m reminded of the story in the Book of John where Jesus encounters a lame man who had been lying for many years beneath the portico surrounding a pool of water that was believed to have healing powers. The man

told Jesus that he had no one to help him get up and make it into the water at the moment when it was moving. In response Jesus says, “Stand up, take your mat and walk.” He did and he was healed. Jesus may indeed have cured the man of an ailment, but he could also have touched something in the man that rekindled his ability to motivate himself to take action; that he reignited the fire within him that gave him the impetus to overcome what ailed him and to begin again to live.

When the young woman recited her mantra “up and out” she was calling on a source of power within herself to extricate herself from the state of malaise that kept her isolated and feeling overwhelmed by life, which then enabled her to walk out the door and into the world. The man by the pool asked God as personified by Jesus to help him be restored to wholeness and he was.

The power of the Holy One is within us and outside us. Call on it. Summon it up. Ask God for help.

After this there was a festival of the Jews, and Jesus went up to Jerusalem. Now in Jerusalem by the Sheep Gate there is a pool, called in Hebrew Beth-zatha, which has five porticoes. In these lay many invalids—blind, lame, and paralyzed. One man was there who had been ill for thirty-eight years. When Jesus saw him lying there and knew that he had been there a long time, he said to him, “Do you want to be made well?” The sick man answered him, “Sir, I have no one to put me into the pool when the water is stirred up; and while I am making my way, someone else steps down ahead of me.” Jesus said to him, “Stand up, take your mat and walk.” At once the man was made well, and he took up his mat and began to walk.