The 2015 attack on the Planned Parenthood clinic in Colorado Springs lasted nearly five hours as the terrorist held first responders at bay after killing two people in the clinic and then soon after, a police officer. Nine people were wounded. In news coverage of the gun battle it was reported that authorities ordered people in the surrounding stores to “shelter in place.”

I don’t know why, but I had never before heard this expression. Upon reading it I immediately knew what it meant, but it wasn’t until I did some research that I discovered that it’s a protocol promoted by government agencies to help protect people (especially students and staff of schools) from the effects of violent storms or to safeguard them from hazardous materials that might be accidentally released into the atmosphere.

In Colorado Springs it was reported that stores locked their doors and in order to “shelter in place,” employees and customers huddled together in areas away from windows. Not all those in the parking lot were able to make it to shelter in time and were wounded by the gunman. Those who had made it indoors listened together as shots were fired and offered one another comfort while waiting to be rescued. Many people utilized their mobile phones to keep in touch with loved ones.

The Emergency Preparedness and Response webpage of the Centers for Disease Control and Prevention (CDC) states that “..‘shelter-in-place’ means to take immediate shelter where you are—at home, work, school, or in between.” Having grown up under the threat of nuclear war, my generation was taught that in the event of an attack while at school, we were to crouch under our desks for protection. Every neighborhood and town had designated public shelters. The government also promoted the building of personal nuclear fall-out shelters stocked with fresh water, canned foods, and bedding.

In states where tornadoes are prevalent, various buildings serve as tornado shelters and in most U.S. cities there are shelters for the homeless, battered women, unwanted animal companions, and along the mountain trails of our national and state parks, wilderness

survival shelters to protect hikers caught in heavy rains or snow. In the farmhouse in which I was raised we had a storm cellar in which to take refuge. (Anyone familiar with the movie The Wizard of Oz will recall the harrowing scene in which Dorothy struggles to open the already closed door of the house’s storm cellar as a tornado barrels down upon her.)

The practical application of sheltering in place is fairly obvious: faced with extreme weather, natural disaster, or an armed assault, one speedily takes refuge wherever one is. And more likely than not, that means with other people.

But why wait until there’s an emergency to “shelter in place?” Shelter, in the sense we are using it, is a verb. It is active–“to insulate, defend, or preserve.” But it can also be defined as “to watch over, look after, or take care of.” 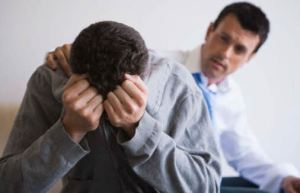 The latter is what we’re called to do as fellow travelers in life: to watch over the wellbeing of people and sentient beings; to take care of one another in whatever way possible. To shelter in place means that whenever there is hardship or distress, we are obliged to share our own resources with those around us who are in need. Not just our material possessions and financial resources, but our attention, our comfort, and most importantly–our love.

It is this attitude of service, along with the idea that we, all of us, are of one spirit, that enables us to walk in grace and humility, thus allowing us to be useful to one another in every moment. And just as we, through our connection to all living beings, are able to offer physical shelter and emotional refuge in response to the pain and suffering of this life, we also have for our own benefit the strength, wisdom, and comfort of God. This treasure trove lies within us and is available 24/7.

against calamities, struggles, and one’s enemies. God is depicted as a rock and a fortress, but also as a loving presence under whose wings we are to take refuge in times of difficulty and unrest.

“For he will hide me in his shelter
in the day of trouble;
he will conceal me under the cover of
his tent;
he will set me high on a rock.”

So, every day, at any moment, let us be ready to “shelter in place,” so that we can help one another through the everyday challenges of life as well as in emergencies and tragedies. Stay awake, be aware of who walks beside you, share what you have, and most importantly: Love–wildly, joyously, and freely. 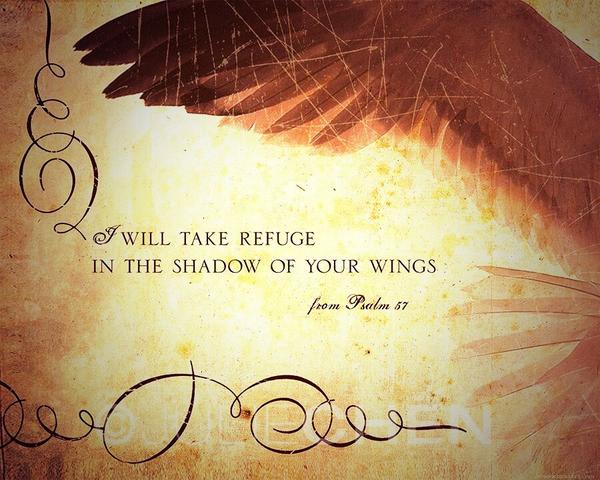 2 thoughts on “Shelter In Place”