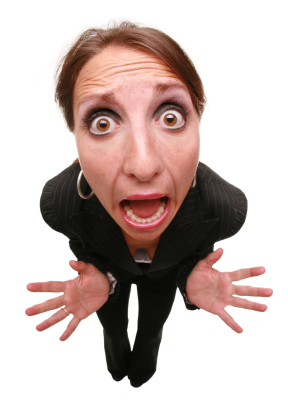 When I was young I studied acting at HB Studio in New York with a teacher named Elizabeth Dillon. Sometimes, when a scene that we’d been assigned wasn’t working she would stop us and then, parodying a bad director yell, “Louder! Faster! Funnier!” Of course, she, a master of script analysis, would never instruct us to actually do something external like that, but rather, would plumb the lines of the play for clues to the desires of the characters and how any biographical information that the playwright has given us impacted their actions.

She impressed upon us that the truth lying within each character would dictate how we thought, walked, and talked as well as to what length we would go to achieve the goal of the character in each beat of the script. She knew that a good director, after realizing something wasn’t working, would mine the script for a possible motivation or trait that might inform the character’s actions, and then offer up that insight to the actor, allowing them to internalize that into their work, which would then lead to the result that the director desired.

However, a bad director, who cannot work deeply like this, would, more often than not, merely throw out a superficial direction to do something that affects the physical or outward aspect of the performance, hoping that that would make the scene work. Hence, “Louder! Faster! Funnier!” As though any one of these things could magically transform the performance into a truthful and authentic portrayal of a character.

In real life we do this when we cease to live authentic lives and quit heeding the promptings of our heart; when we start to identify with the external world—the realm of illusion—rather than with the internal/eternal abode of the Holy One that is within us. When we feel that something in our lives is no longer working, often a feeling that we don’t measure up to some standard of success or beauty that is propagated by our culture and the media, we’ll attempt to make a superficial fix, just like the director. “I’ll lose weight.” “I’ll switch jobs.” “I’ll work harder.”

The list is endless. But what we don’t realize is that maybe things aren’t working out because we aren’t supposed to be doing those things or being that kind of person. We can become frantic and then even desperate to fit in, to conform, or be accepted. The truth is that we are created with unique bodies, with different genes inherited from hundreds of generations of ancestors, as well as with different gifts and abilities.

Then, added to that, are the values of our families of origin, the physical environment in which we were reared, our nutrition, and then learning, both formal and informal, which together contribute to our uniqueness as individuals. In contrast, the media and the larger culture present very little variety in the images that are exhibited to us. What we are taught to aspire to is rather limited.

We attempt to conform to this world by squeezing ourselves into the limited options that are offered up as being ideal. We do our best to subscribe to the values and lifestyles of those roles we are playing, but eventually start to wear ourselves out from constantly looking to shape our external (and sometimes internal) selves to fit what it is we feel we should be and do. We can get desperate and start to make ourselves “louder” or “faster or “funnier” (whatever those things would translate to in our situations.) But ultimately none of them work.

Instead, we must stop. And rather than trying to fix ourselves we should call out to God for help and when we get the sense that we’re not alone, to settle in with God and spill it all out: our fears, frustrations, challenges, unhappiness—all of it—and then listen to that still, small voice within us, which is the voice of God.

What we hear will be unique to each of us, but I guarantee it won’t have anything to do with conforming to the world by fixing our externals. What we hear will lead us to a place of authenticity. It will allow us to be emotionally present and to be the people that God meant us to be when, as it says in the Psalm, we were fearfully and wonderfully made.