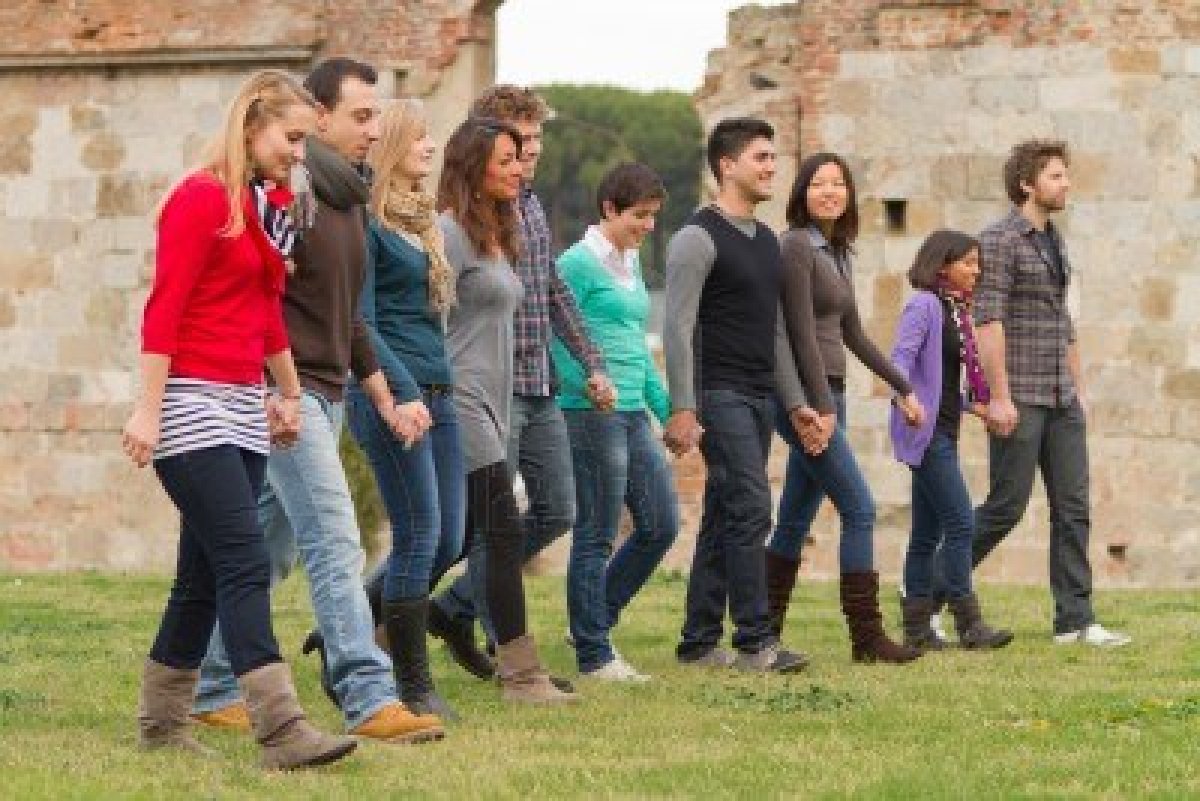 A few years ago, two news stories captured my imagination. The first was the discovery in Kenya of the fossilized footprints of one of our ancestral species, homo erectus. Thought to be one and a half million years old, the prints were made by a group of adults and children on the muddy surface of a floodplain in a time of nearby volcanic eruptions. Scientists said it appeared they had been walking together over uneven ground. The second story was about the contested sale at auction of the final belongings of Mohandas Gandhi: a pocket watch, a pair of sandals, a plate and bowl, and a pair of eyeglasses.

After reading about the fossilized footprints, I began to wonder about these people. Who were they? What were they doing? Where were they going? As I looked at the photographs of the footprints, I was filled with tenderness for these, our ancestors, imagining what it was like for them to have lived in such a dangerous environment; struggling to feed and protect themselves. They became real to me and it seemed as though they were trying to tell me something, reaching out from Africa through those million and a half years saying, “We existed! Our lives had meaning and purpose! We walked the same earth as you.”

Seeing the photograph of Gandhi’s meager belongings also gave me pause. Other than the dhoti that he wore out of necessity he had, by the time of his death, given away most of his possessions, keeping only those things that he felt were necessary. He had what he needed for his journey; he had what was required to live a life of meaning and purpose. He had unburdened himself of what was no longer needed until he was left with only the essentials.

In the United States we are taught to be self-reliant, that by the expenditure of our own energy and resources we can be successful. However, like the ancestors, we, too, are walking together over uneven ground. The reality is that we rarely rely just on ourselves. Others assist us, either directly or indirectly. They walk alongside us and, most importantly, together with us, help us find our way. Like the ancestors, we have a common destination and like them we face challenges and obstacles together. Our footprints are evidence of this communal movement and indicate the direction our lives are taking as people of faith.

Gandhi’s possessions sold at the auction to a wealthy Indian businessman who said he would find a suitable place in which to display them to the public. For many of the people who revere the Mahatma, the items were sacred objects and it was felt that no one person should own them. What has made them sacred? Was it the fact that they had belonged to this great man, who, through embodying and living out the spiritual principles of his faith had become a prophet and a revolutionary? Or had the objects actually been endowed with sacredness through his use of them?

What about our possessions? After our deaths, could it be said that something of ours was a sacred object? Will we have lived lives so filled with purpose and meaning that our essential things will become sacred? Will they have become imbued with the energy of our passions, our commitment to justice, or our work for peace?

Unlike Gandhi, we have so much stuff; we own so many things. Reading about the footprints and the auction I thought about archaeologists in some future time looking at our footprints. What would they be able to discern? Would they be able to see where we were going and what we were doing?

My fear is that they would say, “Oh, look, they were on their way to the mall.” Conversely, when examining records of our deeds, it is my hope that it would be clear to them that along with the more mundane activities of daily life, we had used what we needed to help make the world a better place; that we had worked for peace and justice, cared for the earth and loved God. That we men, women, and children helped unburden one another, loved one another, and had used the essentials to reach a common destination as we walked together over uneven ground.

One thought on “Walking Together”