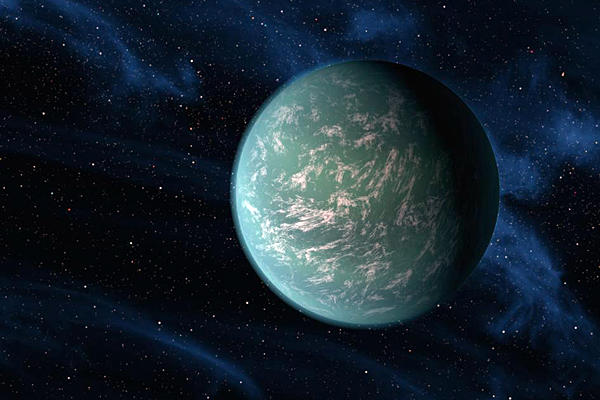 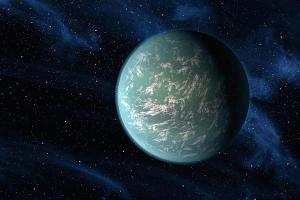 In 2011, NASA announced the discovery by the Kepler space telescope of a planet 600 light years from Earth that is situated in the middle of the habitable zone of a star similar to our sun. Kepler-22b, as the planet is being called, is 600 light years from Earth, has a surface temperature of 72 degrees Fahrenheit and a radius 2.4 times greater than Earth’s. The planet completely orbits its star every 290 days making a Kepler-22b year 75 days less than an Earth year.

Scientists are still ascertaining whether the planet has an atmosphere or if its surface is rocky or covered in oceans. News of the discovery traveled quickly over the internet and was prominently featured in print and broadcast media, creating excitement among astronomers and catching the imagination of people throughout the world.

I, too, was excited by the discovery of this Earth-like planet that might be hospitable to life. I was also intrigued by the intensity of feeling it aroused. Why is it that so many of us thrill to the idea that we are not alone in the universe? Have we tired of the notion that we are the solitary outpost of humanity in the cosmos? Has that scenario become just too improbable? And, also, if it were true, would we be overcome by loneliness?

But are we alone? Because we don’t have evidence to prove there is intelligent life elsewhere in the universe does that make us believe we are its only inhabitants? If there is unity in all of creation, as progressive religions tell us, then we must accept that life is everywhere even if it’s in forms we cannot comprehend or imagine. All things emanate from a primal vibratory frequency.

In the book of John it is written that “In the beginning was the Word, and the Word was with God, and the Word was God.” Everything is of itself unique while also being part of everything else. We are never alone, either as individuals or as objects of creation, because we, and all things, are of the same substance, which is sustained and invigorated by God, who is Love.

Imagine, though, that there is intelligent life on Kepler 22-b. What if the planet is parallel to ours in all ways, and that the first creation story in the book of Genesis were her story too, but that on the sixth day after God created living creatures—birds, fish, and animals—God stopped. God felt that those beings were sufficient and never created humans. In all probability, since the planet would be inhabited solely by non-human sentient beings, there would not have been destruction of the ecosystems such as has been wrought by us here on Earth.

Or, if you will, imagine that the first humans were created, but never forgot their connection to God and to all of creation so never left the Garden of Eden, which would mean there would never have been wars, ecological disasters or hatred—just love. It would still be Paradise. What would we do with that knowledge?

Conversely, what if we discovered the planet was near collapse from environmental degradations caused by its human inhabitants and that the annihilation of civilization and the extinction of all species were imminent? Would it be a wake-up call for us here on Earth, thus motivating us to begin to repair the environment, cease making war, and resolve to love and respect all peoples? I hope so.

It is good for us to imagine these scenarios and what our response to them might be. But what is more important is for us to remember that we are not alone; that God, the creating, sustaining and transforming force of the universe, the original cosmic force, resides within each of us, within all living beings, and is the substance from which all matter is made. There is nothing that is not God.

We were given our own precious Earth with her infinite beauty to experience what it is to be human—what it is like to have a body, experience emotions, and to interact with one another. Let us journey back to the Garden of Eden, to the earthly Paradise in which all of creation once lived in harmony.

That journey starts with you.

QUESTIONS OR REFLECTION OR DISCUSSION