The magnitude 9.0 earthquake that struck Japan on the afternoon of March 11, 2011 triggered the largest tsunami to hit the islands in over a thousand years, causing over $200 billion in damage, leaving almost 500,000 people homeless, and killing over 15,000. Nearly 5,000 people are still missing and will probably never be accounted for. Much of the damage and loss of life could have been avoided if the warnings of the ancestors had been heeded.

According to news articles, the coastline of Japan is dotted with what are known as tsunami stones: large upright edifices as old as six hundred years erected at the high water mark of previous tsunamis and carved by survivors with admonishments to their descendants to seek higher ground after an earthquake and to not build below the point where the stones were placed. They were a way to tell those who were yet to be born about their experience with a natural calamity. However, in most every location, people disregarded the warnings of the ancestors and put their faith in technology, believing that sophisticated floodwalls would protect them. Sadly, this did not happen. 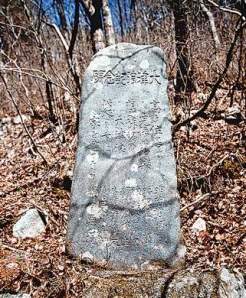 It makes me think about the warnings of our own ancestors and the ways in which they have been recorded: fairy tales collected by the brothers Grimm—Hansel & Gretel, Cinderella; Hebrew and Christian Scripture—The Ten Commandments (also carved in stone), the Sermon on the Mount; Greek plays—Medea, Antigone; Shakespeare—King Lear, Macbeth; folk wisdom—“It’s better to bend than break,” “Take what you get until you get what you want;” visual arts—Picasso’s anti-war painting, Guernica; and finally, songs and hymns—“When Johnny Comes Marching Home,” “Abide With Me.”

These various art forms are vehicles for wisdom that, if listened to and heeded, would save us, our communities, and our nations an enormous amount of suffering.

But do we pay attention to them and thus know when to seek higher ground? Often we do, but much of the time we don’t. Why not? I believe that in our fast-paced contemporary world we’ve shut out the voices of wisdom and focus more narrowly on our own interests and those things that are right in front of us. Perhaps the noise of present day life drowns out the voices of the ancestors who are pleading with us to live in harmony with one another and with the natural world. Maybe, like the Japanese, we believe technology and science will safeguard us against disaster. Perhaps we have become so wrapped up in our own egos and individuality we feel that the lessons of history and the ancestors do not apply to us. We are so self-absorbed that we deny what has been the experience of humanity for thousands of years.

How much better it would be if we honored our ancestors by heeding the wisdom they have passed down to us in so many different forms, learning from their experiences in order not to repeat them. These teachers and leaders knew that we as citizens of the Earth must cease to act out of selfishness and self-interest in order raise everyone up.

EVERYONE. That is how peace will finally come to this tired war-weary world.

The ancestors are waiting for us to heed them. If we don’t, we, too, might get washed out to sea.